Meet our proposed new Board

Board of Directors proposed by the Nomination Committee ahead of the AGM 2021.

”Last year, my colleagues and I set out to reshape the Board of Kinnevik, primarily focusing on recruiting individuals who represent innovative and global investment excellence. The timing has been fortuitous for us as shareholders. This morning it was announced that James Anderson will be leaving Baillie Gifford next April 2022 after what will have been an extraordinarily successful 39 year career with the firm. In parallel, we are proud that James has accepted to stand as Chairman of Kinnevik already this year while he makes his transition.”

Born 1959. Upon completing his university studies at Oxford, Carleton and Johns Hopkins James joined Baillie Gifford where he became partner after his first 3 years in 1987. James led the European Equity Team and co-founded the Long Term Global Growth Strategy in 2003. James also Chaired the International Growth Portfolio Construction Group from its inception in 2003 until 2019. He has been manager of Scottish Mortgage Trust since 2000 and since 2015, joint manager with his colleague. After having been a member of Kinnevik´s Nomination Committee since 2014 James will be replaced by another representative from Baillie Gifford after his election as Chairman at the 2021 AGM. The Nomination Committee has convened James this time in his new role as Chairman-elect.

James Anderson will retire from his position at Baillie Gifford in April 2022. After his departure, James will remain trustee and member of the Investment Committee at Johns Hopkins University, as Senior advisor to the Board of Antler Group and as Chair of Panmure House Prize Panel.

“I have long admired the company as a great exemplar of a patient, committed and quintessentially Swedish investment style. Kinnevik’s leadership has already made great strides towards embracing the abundant growth investments available given the repute it rightly enjoys and the permanent capital it can provide. I really look forward to working with the whole Board in assisting Georgi and his team. I share their ambition and am optimistic that we can achieve great things in the future.” 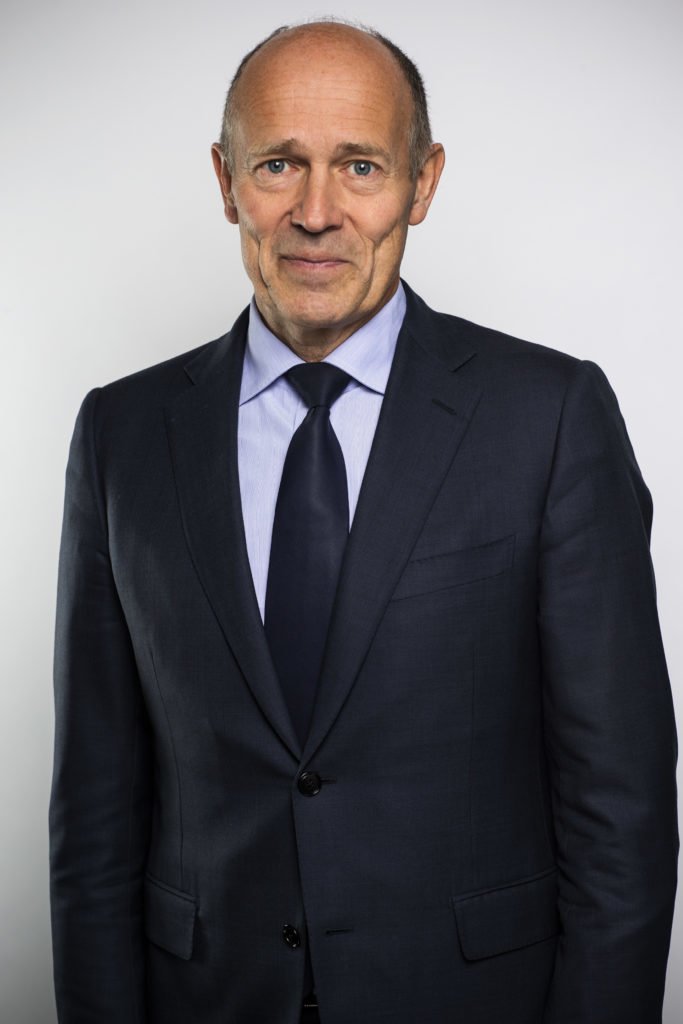 Born 1960. Harald Mix graduated in 1983 from Brown University, Rhode Island, and from Harvard Business School in 1987. He worked in management consulting and private equity at Booz Allen & Hamilton and at First Boston in New York before returning to Europe in 1990. He began his private equity career in 1990 and was one of the co-founders of the Swedish private equity firm Industrikapital where he was active until late 2001. Harald Mix later co-founded Altor Equity Partners in 2003 where he currently is the CEO. He currently also holds positions as Board member of Nordic Leisure Travel Group, Carneo AB and Carnegie Investment Bank.

”I believe the company has unique position among Swedish investment companies based on its strong corporate culture, entrepreneurial DNA and committed long term owners. I look forward to working closely with my new colleagues on the board, and also having the chance once more to work together with Georgi and his investment team. I am convinced that Kinnevik is well positioned to continue to create sustainable long-term value for its shareholders and other important stakeholders.”

Susanna Campbell was elected a Director of the Board of Kinnevik in 2019. She currently serves as Chairman of Röhnisch Sportswear, Ljung & Sjöberg, and Babyshop Group. She is also a Board member of Indutrade, Northvolt and Nalka Invest, as well as Senior Advisor of Norrsken VC. Between 2012-2016, she was the Chief Executive Officer of Swedish investment firm Ratos, having joined the company in 2003 from McKinsey & Co. Susanna holds an MSc from Stockholm School of Economics.

Brian McBride was elected a Director of the Board of Kinnevik in 2019. He is the former Chairman of ASOS, the global online fashion and beauty retailer. He is currently non-executive Chair at Trainline, a leading independent rail and coach travel platform, a non-executive director of Wiggle, a private-equity owned online cycling and apparel business, and a non-executive director of the investment company Standard Life Aberdeen. Brian also sits on the UK government’s Government Digital Service Advisory Board, supporting the delivery of digital quality public services, is a senior adviser at Lazard, and a member of the Advisory Board of Scottish Equity Partners. Prior to assuming Chairmanship of ASOS, Brian was the Managing Director of Amazon UK, and prior to that the Managing Director of T-Mobile UK.

Charlotte Strömberg was elected a Director of the Board of Kinnevik in 2018. She currently serves as Chairman of Castellum, Vice Chairman of Sofina and as a Board Director of Clas Ohlson and Lindéngruppen AB. Charlotte is a member of the Swedish Securities Council, and a cofounder of DHS Venture Partners, a venture capital fund backed by Stockholm School of Economics alumni. During 2006-2011, she served as Chief Executive Officer of the Nordic operations of Jones Lang LaSalle. Prior to joining Jones Lang LaSalle, Charlotte was Head of Equity Capital Markets, and later Head of Investment Banking, at Carnegie Investment Bank. She holds an MBA from the Stockholm School of Economics.

Cecilia Qvist was elected a Director of the Board of Kinnevik in 2020. She currently serves as vice chairman of CINT and director of Trustly. She was previously Global Head of Markets at Spotify and a senior advisor overseeing global growth strategy. Before joining Spotify in 2017, Cecilia held senior positions at Ericsson and Swedbank. Cecilia holds an MBA from the University of Edinburgh.